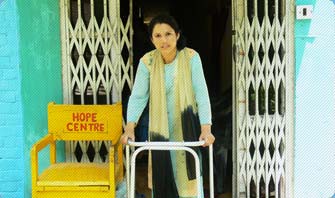 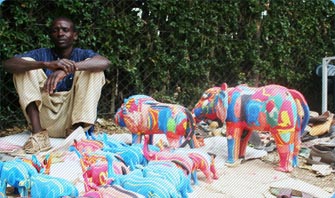 Rules of the Competition

World Challenge 09 is a competition organised by BBC World News Limited (“BBC World News”) aimed at finding projects or small businesses from around the world that have shown enterprise and innovation at a grass roots level (the “Competition”). We want to hear from our viewers and readers about the social entrepreneurs who are making a difference without costing the earth. It could be you or someone you know.

The build up to the Competition will begin on 16th February 2009 with the airing of 12 short form programmes featuring the twelve finalists from 2008, which will be repeated until the 22nd June 2009. The featured case studies will also appear in Newsweek in a special advertising series sponsored by Shell. Viewers/readers will be invited to nominate their favourite project or small business.

All nominations, entries and votes related to the Competition must comply with these terms and conditions (the “World Challenge Competition Rules”); failure to do so may result in disqualification.

Who can you Nominate?

We are looking for your nominations for innovative projects or ideas that demonstrate an entrepreneurial spirit working for the benefit of the community whilst adopting a responsible approach.

The following are not eligible for nomination: (i) projects developed by a company with a turnover of more than US $20m per annum; (ii) projects with more than 50% financing from an intergovernmental or bilateral development assistance agency such as the United Nations of European Community (iii) a drawing board idea. We need to see that something is happening; (iv) projects run by employees of BBC World News, the BBC group of companies, Newsweek, Shell or any other companies or agencies associated with the Competition and/or the selection jury and members of their immediate families and households;(v) any of the 12 finalist projects from World Challenge 2005, 2006, 2007 and/or 2008 competitions; (vi) projects/small businesses run by anyone under the age of eighteen (18); (vii) projects or small businesses with involvement in the sectors of alcoholic drinks, weapons or weapon manufacture, tobacco or pornography, political and lobbying organisations and/or religious groups.

This is the broadest category: small and medium-sized businesses that are making profits for the benefit and welfare of communities ranging from neighbourhoods to villages to urban area and can include recycling as a business, manufacture of biodegradable goods, eco-tourism, protection and revival of small scale fisheries, employment of handicapped and other disadvantaged people.

Sustainable and equitable use of salt as well as freshwater resources such as preventing pollution and microbial contamination from households, farms and factories; treating polluted and ‘grey water’ for re-use; rainwater harvesting and other forms of water conservation and augmentation; conservation of wetlands, marshes and coastal zones as well as protection of local fisheries for the benefit of the disadvantaged.

Essentially all environmentally-sound businesses and projects not falling into the previous five categories. Primarily, these will consist of those endeavours that have a positive impact on the environment by either creating conditions for this to occur or curtailing past practices that were injurious to the environment.

Only one entry may be submitted on a nomination form and each entry can only be entered for a single category. BBC World News reserves the right to change the category in the event that an entry has been placed in a category which is considered by BBC World News to be unsuitable.

Nominations must be received no later than midnight (GMT) 22nd May 2009. All nominations received thereafter will be invalid.

No supplementary information will be considered after receipt of the nomination.

Grants are awarded to winning projects/small businesses for their own use and furtherance of their enterprise only. Nominators of a winning project will not, by virtue of their having submitted a nomination, be entitled to a share of prize money or to any other payment, publicity or other entitlement.

On clicking the “Confirm All Details” button, nominators: (i) authorise BBC World News and Newsweek Inc (“Newsweek”) to reproduce and publish their nominations in all forms of media; (ii) warrant to BBC World News that all the information supplied as part of the nomination is true and complete; and (iii) acknowledge that if the project / small business they are nominating reaches the final stages of the Competition the contact person detailed in the nomination form for that project / small business will be contacted by BBC World News and will have the choice whether or not to proceed in the Competition.

The Finalists will be broadcast within the World Challenge 09 series and viewers/readers can vote for their favourite. Viewers/readers can vote online at www.theworldchallenge.co.uk only. The winner shall be the project that gains the most votes. The two runners up will be the two projects who win the second and third largest number of votes.

Voting is limited to one vote per person

If any vote manipulation is suspected (for example, any Internet spamming or unsolicited emails, or any other conduct which BBC World News believes is unfair or contrary to the spirit of the competition), BBC World News may request that the Jury disqualify from the competition the project/small business responsible for such actions. The judgment of the Jury in this respect will be considered final and the next entry with the most votes will be declared winner or runner up.

The following are ineligible to vote for this competition: employees of the BBC group of companies, Newsweek, Shell and their immediate families, or anyone else involved in the creation and administration of the Competition.

World Challenge 09 is a competition organised by BBC World News Limited (“BBC World News”) aimed at finding projects or small businesses from around the world that have shown enterprise and innovation at a grass roots level (the “Competition”). We want to hear from our viewers and readers about the social entrepreneurs who are making a difference without costing the earth. It could be you or someone you know.

The Representatives will be brought to The Hague, The Netherlands to receive the grants. The grants will be awarded by BBC World News in an awards ceremony which will be filmed and shown as the last programme in the World Challenge series on the BBC World channel (the “Ceremony”).

Each Representative will receive one fully paid economy class return flight to The Hague, accommodation for the duration of the Ceremony, and transfers to and from the Ceremony. The Representatives will be responsible for ensuring that they fulfil Dutch entry requirements, including without limitation, being in possession of a valid passport and obtaining any visa that they may require. In addition the Representatives will bear all other expenses incurred on the trip, including without limitation: any necessary vaccinations, insurance and unlisted transfers, phone calls and other services within the accommodation and any shopping and meal expenses.

BBC World News reserves the right to cancel or change the details of the Ceremony without prior notice.

BBC World News, Newsweek and Shell reserve the right to use the award winners’ names, addresses, and photographs together with photographs and details of the winning projects / small businesses in any broadcast material, published material and advertising connected with the Competition without restriction. The films featuring any of the 12 finalists, and all and any footage of, or related to, the Competition will remain the property of BBC World News and all footage can be used in future by BBC World News in other formats.

BBC World News reserves the right to cancel or vary the Competition, and/or withdraw any of the awards at any stage for editorial reasons, or if circumstances arise out of its control.

This Competition and the World Challenge Competition Rules shall be governed by and interpreted in accordance with, the laws of England and Wales.